A Behind-the-Scenes Peek at RED: the Musical

On May 31, the 1st/2nd/3rd Grade Musical Theater class offered us a world-premiere of “RED: The Musical” by Julien Zotique, a local artist and alumnus of the BMI® Lehman Engel Musical Theatre Workshop. A new musical play for young people, RED is a heartwarming story about standing up to bullies by travelling to other dimensions. Not only were the book, libretto, and materials composed from scratch by Julien, but he also sought out guidance about the actors’ skill-sets based on our faculty’s deep knowledge of each BCD student. 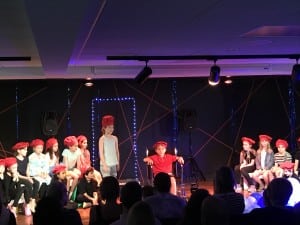 When we first began preparing the production, Julien had composed all the materials, and we went about seeking to make sensible and strategic cuts. As we went along, we discovered that the kids loved their musical and really felt they owned it. We were blown away by the dedication and intrinsic motivation of some very young actors! 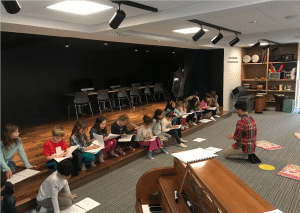 At the 1st/2nd/3rd grade level, most students are in a developmental period Dr. Jean Piaget famously coined the “Concrete Preoperational Subperiod.” In this stage, children begin to think logically but remain very concrete in their logic. At first blush, we were impressed by how rapidly children memorized lines and songs: definitely showing us their ability to learn and retain. As we went along, there were several moments of flexibility and change. If one stage direction didn’t work, we needed to toss it out and try something new. This was even more impressive: the ability of the group to be team players in the ensemble and remain open to any modifications up until the day before the performance. 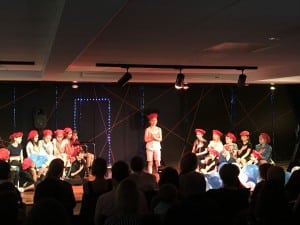 Most impressively, each and every child in the cast brought their best self to the play rehearsal and performance. Each student met or exceeded expectations based on their own level of musical skill  and development. For instance, in 1st grade it’s no small feat to be in character and onstage for a full hour! 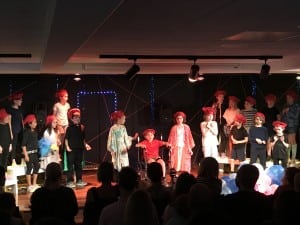 Some BCD community members shared their thoughts in writing, and I thought their impressions were worth including for the benefit of the reader:

None of this would have been possible without the support and enthusiasm of the BCD community at large. Special thanks in particular to: composer Julien Zotique, co-director Ms. Kay Lindsay, flutist Ms. Andrea Patel, cast parent Maggie Mailer, 3rd Grade Teacher Gill Romano, and the 1st, 2nd, and 3rd grade class parents. 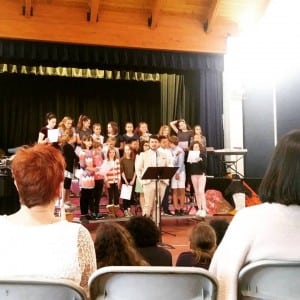